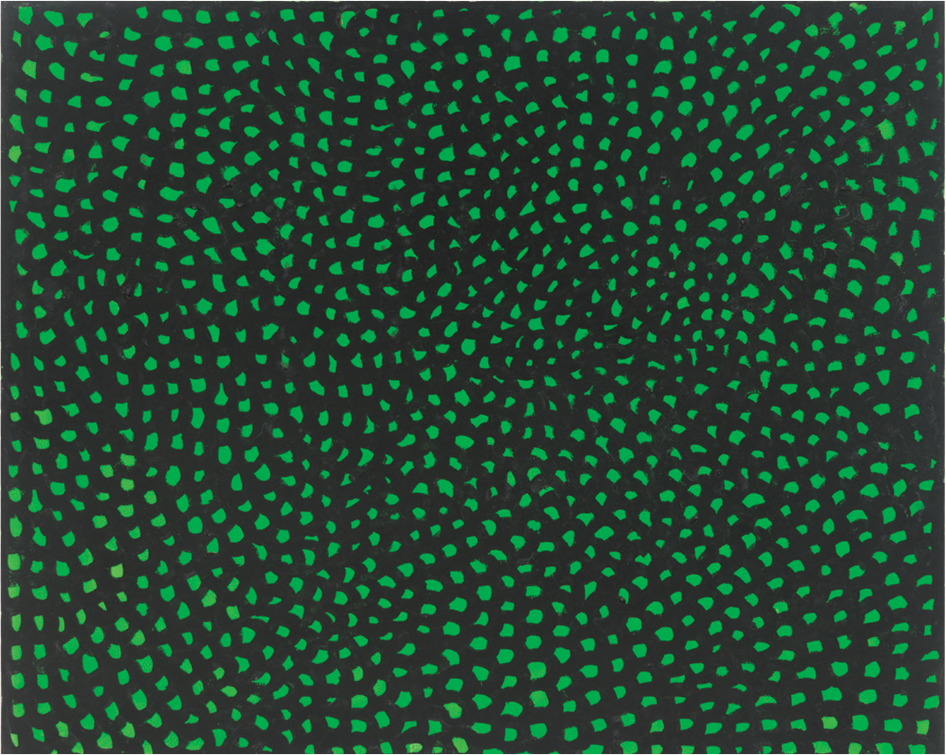 The exhibition brings together nine multi-generational women – Tauba Auerbach, Jo Baer, Marsha Cottrell, Tara Donovan, Eva Hesse, Kathleen Jacobs, Yayoi Kusama, Agnes Martin, and Mira Schendel – who assume divergent approaches to their work; however, key overlapping and shared concerns can be traced in their practices. Included are works from the beginning of the mid-60s through to the present day.

This exhibition looks at the affinities between the works of these nine Post-War and Contemporary female artists, the variety of their practices, and how their works and sensibilities interact. The works on view present key examples of these artists’ unique approaches to sculpture and painting, and offer insights into their respective choices of mediums and techniques.

Artists such as Jo Baer, Agnes Martin, and Eva Hesse share a sensibility that was associated with Minimalism; however, they developed approaches that countered much of that tendency’s rigidity of form and theory. Their works were instrumental in the paradigm shift toward Post-Minimalism. In presenting their work alongside other contemporaries and artists of later generations, we can trace a fascinating and ongoing dialogue that engages a variety of issues, including materiality, repetition, nature, and subjectivity.

While women artists of the 60s and 70s struggled with dismissive attitudes toward their work, and with a lack of support and recognition, their work has been increasingly recognized and come into the spotlight in recent years. Many have become as influential as their male counterparts and their work has created a pathway for many subsequent women artists.