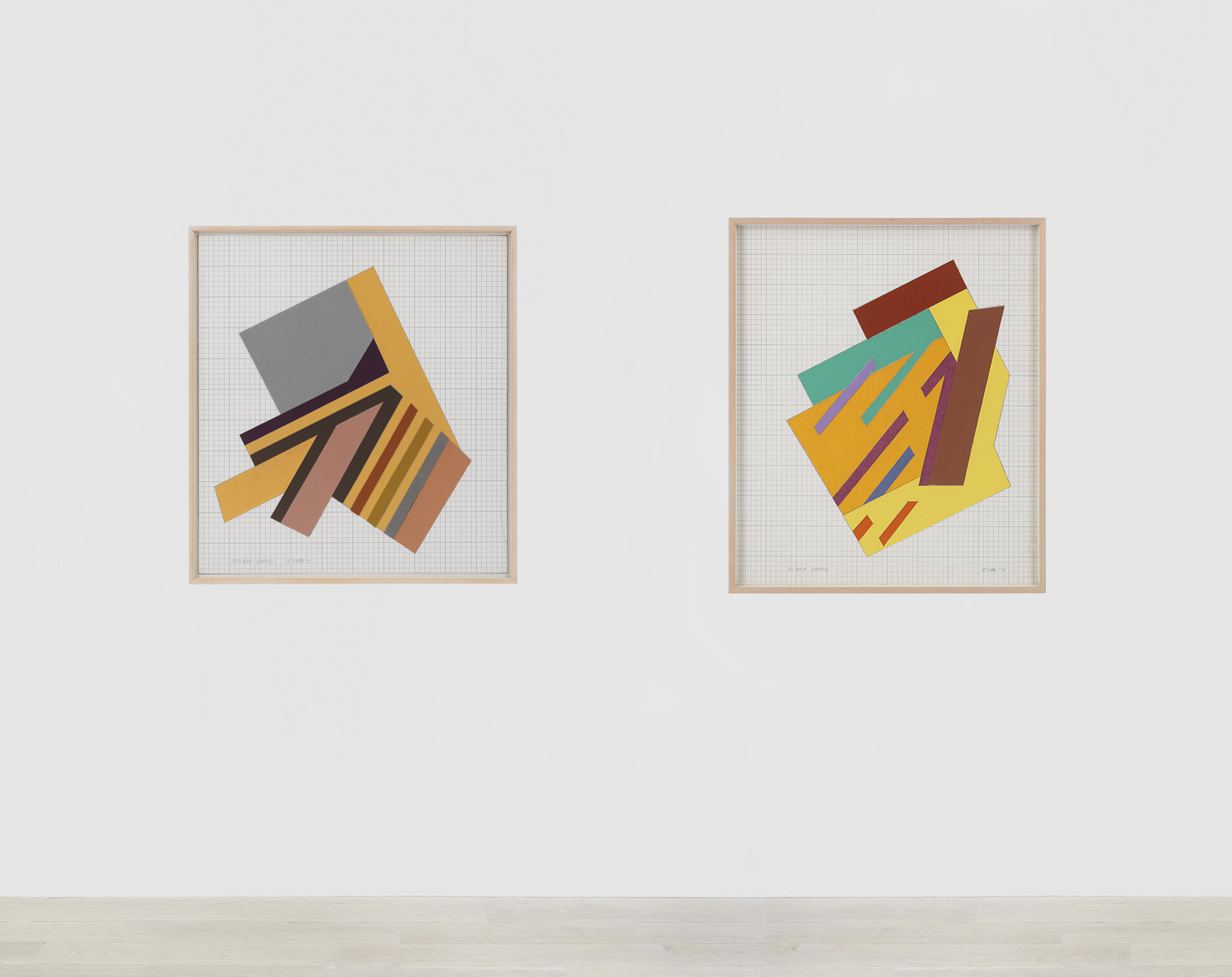 Mignoni is pleased to present Frank Stella: Polish Village Sketches, 1972 – 1974. This is the first exhibition ever to focus solely on the sketches from Stella’s Polish Village series, as well as the first time a large group of these masterful collages is shown together. Notable works from a handful of private collections and the Mead Museum at Amherst College have been generously loaned for the occasion.

Frank Stella’s relationship with Polish villages was born from Maria and Kasimierz Pietchotka’s book Wooden Synagogues (1959), a gift from his friend Richard Meier in 1970. The book captivated Stella, leading him to produce some 50 sketches in just a few months.

Hot on the heels of Stella’s landmark retrospective at New York’s Museum of Modern Art (1970), the Polish Village series marked a transition in his practice from flat picture planes to built objects and layered surfaces. Many of the Polish Village works were exhibited almost immediately upon completion, in 1971 between Lawrence Rubin Gallery, New York, and Kasmin Limited, London; in 1973 at Leo Castelli Gallery, New York; and in 1974 at Knoedler’s.

Stella’s Polish Village series is experimental in terms of both form and technique, superseding the format of flat collages and paintings with wall reliefs. The four-year process of developing this series pushed Stella to abandon conventional materials, instead working with various media of increasingly diverse textures. Stella’s goal was to “construct a painting” that transcended the limitations of two-dimensional space, which ultimately lead him to three-dimensional work. Stella also produced three – and occasionally four – variations of each work, with the earliest compositions constructed as two-dimensional collages and later versions containing deeper relief elements projecting into space.

Stella’s Polish Village reliefs were most recently featured in the landmark exhibition Frank Stella and Synagogues of Historic Poland at the POLIN Museum of the History of Polish Jews, and while his paintings have been the focus of several shows in recent years, this presentation instead brings attention to Stella’s beautifully constructed sketch-collages that are formal blueprints for his seminal paintings. Each Sketch was constructed using canvas, felt, paint, and Masonite; the exact materials used in the construction of the paintings as well. These works embody Stella’s continual pushing of his own practice and of collective definitions of painting into a spatial realm.

Mignoni is pleased to collaborate with Hayden Dunbar on this exhibition. A fully illustrated catalogue published by KARMA will accompany the presentation.